Do You Know How Graphic Design will Look Like in Future?

Are you ready for the future? The world of graphic design and its prospects are quite fascinating, serving as mirror to the world of technological and social change. Indeed, the rate of change can make one’s head spin in awe and wonder. So many changes have taken place and we thought we’d take an initiative to consider where graphic design will be heading to a couple of years down the road.

Here is Media Helm’s projection of the future of graphic design, as outlined by a few developments.

As stated by the designers, flat design is a buzz word these days, using sleek, perfectly web design elements that make no or less use of shadows, gradients, or anything else that implies 3-dimensionality.

In the near future, even the plain, flat design will seem outdated. User experience designers will find something more elegant than banal visual shapes. As a result, “ethereal design” will put an end to the visual element, and instead making use of tactile signals and the 4th dimension, time, thus giving eye balls a much calming effect.

Vintage Logo Design will be The New Trend

Vintage logo designs of the late 19th century are all the rage nowadays. But soon the logo designers will have to go back to find a new way to renew the vintage look. Well, the only way to do this is to go backward and adopt hip designs invoking medieval design.

Image-style sites like Pinterest have become one of the most popular sites, by 2030 or 2033, text will become totally optional.

The one thing that Pinterest has revealed is that words are superfluous or somewhat undesirable for a community that does not share a language. Rather, the most important things you need are images, hyperlinks and emoticons to get the world communicating with each other.

To a web designer there are fewer things that they give the utmost priority too than “responsive design”, where layout design must adjust sufficiently depending on the size and shape of the screen of the viewer, whether it be a mobile, tablet, desktop, etc.

Well this is going to change in the coming years. The future developers will take “responsive” to the next level, creating sites that adjust automatically not only depending on the screen size but on the basis of viewer’s personality and mood as well. If the user is agitated, the cool blue background will be deployed to calm him down.

The GIF will Attain An Important Position

By 2030 or 2035, the .gif animation will become the default means of advertisement in every industry. GIFs are entertaining. Whether it is a slick cinemagraphic advertisement or just a grumpy cat video, it’s hard to turn away.

Although, the GIF still occupy a relatively important position in social media, in the coming years, it will gain more supremacy. Not only it will become the preferred means of advertising, but it will attain a status as a legitimate art form.

Everywhere There will be A Captivating Logo Design

Today, doctors, dentists, chiropractors, law firms etc. may not have appealing logos, but in the future they will be the edgiest of all.

It has been estimated that in the coming years these industries will experience an unforeseen design surge, finding a respective logo designs for their business that is creative, experimental, and engaging. Heaven be praised, the bad phase will be over.

These are just some of the predictions that we think of how graphic design will look like in future. 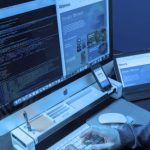 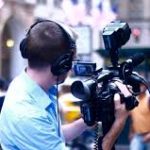 Video
Explained the Cost of a Corporate Video Production 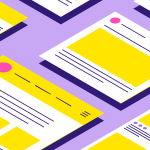 Video
Building Your Visual Identity that Stands Out 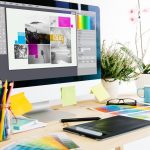 Video
Do You Know How Graphic Design will Look Like in Future?

Lets Collaborate on Your Next Project